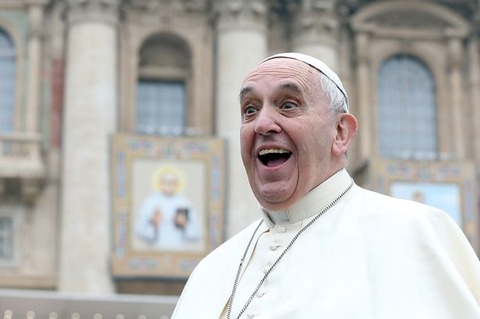 Pope Francis: 'I'll PUNCH anyone who insults my mother'

The Pope has revealed he would PUNCH anybody who insulted his mother as he debated freedom of speech in the wake of the Charlie
Hebdo terror attacks.
Pope Francis’ comments came as he flew from Sri Lanka to the Philippines to start the second leg of his Asian tour.
Referreing to Alberto Gasparri, who organises papal trips and was standing by his side, the Pontiff said: “It is true that you must not
react violently, but although we are good friends if my good friend Dr Gasparri says a curse word against my mother, he can expect a
punch.’
Pope Francis then threw a pretend punch his friend’s way.
He went on: “It’s normal. You cannot provoke. You cannot insult the faith of others. You cannot make fun of the faith of others.”
Speaking of last week’s deadly attacks by Islamist militants in Paris, the Pope defended freedom of expression. But he said such
freedoms came with limits, adding that although freedom of speech was a human right so was the right to be offended.
He said: “I think both freedom of religion and freedom of expression are both fundamental human rights.
“Everyone has not only the freedom and the right but the obligation to say what he thinks for the common good. We have the right to
have this freedom openly without offending.”
“These people provoke and then (something can happen). In freedom of expression there are limits.”
Referring to past religious wars, such as the Crusades sanctioned by the Catholic Church against Islam, the Pope said killing in the
name of God was wrong.
He said: “Let’s consider our own history. How many wars of religion have we had? Even we were sinners but you can’t kill in the name
of God. That is an aberration.”
以下略
【【法皇も助走つけて殴るレベル】法皇が行過ぎた表現の自由に苦言 「私でも母親を馬鹿にされたら殴る」】の続きを読む
1: ◆CHURa/Os2M＠ちゅら猫φ ★ 2015/01/14(水) 16:36:30.94 ID:??? 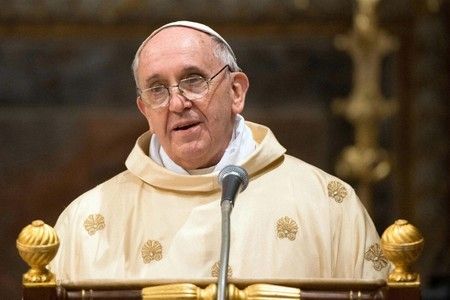 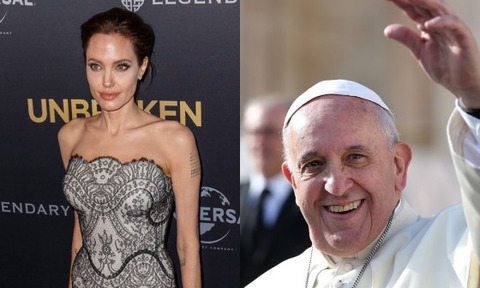 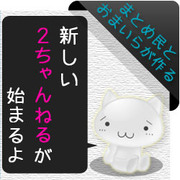